For the 46° World Archery Championship I was called by D-wok as a free lance motion grapher to join a team of other free lances and employed co-workers under the art direction of Paolo Gep Cucco to make the video part of the opening ceremony event. Projection mapping was the technique to use, a technique that consists in projecting video images on buildings, façades, structures or nearly any kind of complex surface or 3D object to shatter the viewer’s perception of perspective. The projector allows bending and highlighting any shape, line or space. It creates astonishing optical illusions, a suggestive play of light and turns a physical object into something else by changing its perception of form.

We decided to use the Reggia di Stupinigi building as the projection surface and we recreated the entire building face in 3d to make video architects illusion projections. Most of the video parts, and specially lights, shadows and architectual scene, where made in 3d. Some other parts are just 2d projection made in After Effects with masks and other technique. All the video was composed in After Effects and projected with an innovative technology system called THE DROP VISION. 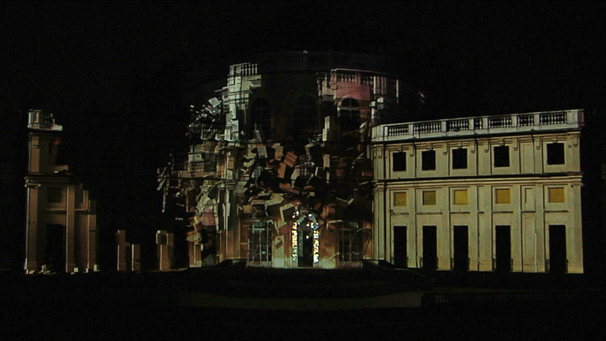 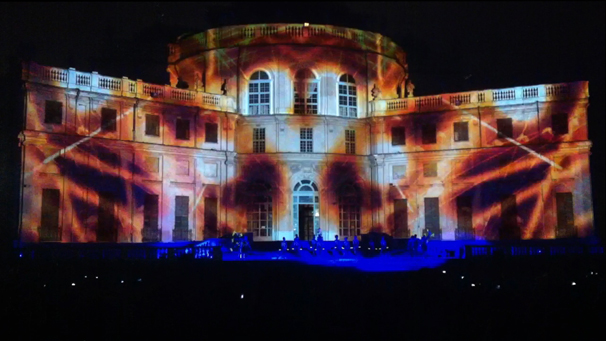