Our dreams have become reality! Maxon and Adobe signed a partnership for developing new softwares that increase the compatibility between Cinema 4d and After Effect!

That’s a big huge news that will make even more 3d artist using Cinema 4d since the workflow from 3d and compositing will be more easy and powerful. 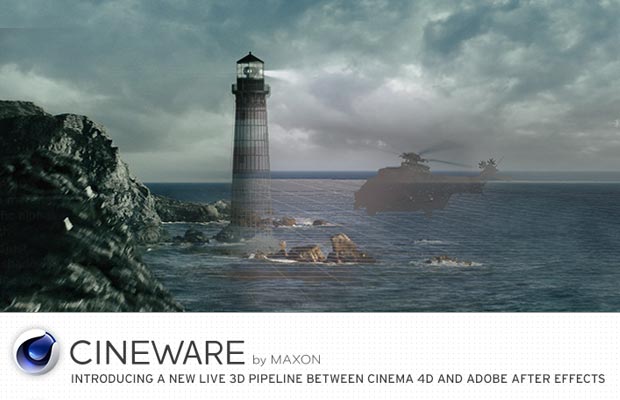 The first release will be Cineware a new plug in for After Effect that will be included in the next After Effect version.

This plug in will allows you to import Cinema 4d scene directly in After Effect without render anything! Our work will be super fast and it will change forever the workflow of a project, and that means that we can achieve any client modification any time without spending render time everytime we get off the 3d.

With Cineware Cinema and After will be working together in real time, and every change in Cinema will be in instantly update in After Effect, including camera modification, lights, and objects! The Cinema 4d render engine will be built right in After Effects so you can update the Cinema 4d scene at any time and you’ll instantly see the results inside After Effects, no need to wait for long renders or manage intermediate files!

Every new version of After Effect will also include a free lite version of Cinema 4d inside the package that will travel 3d artist from other 3d software to Ciname 4d and even boost new user to 3d.